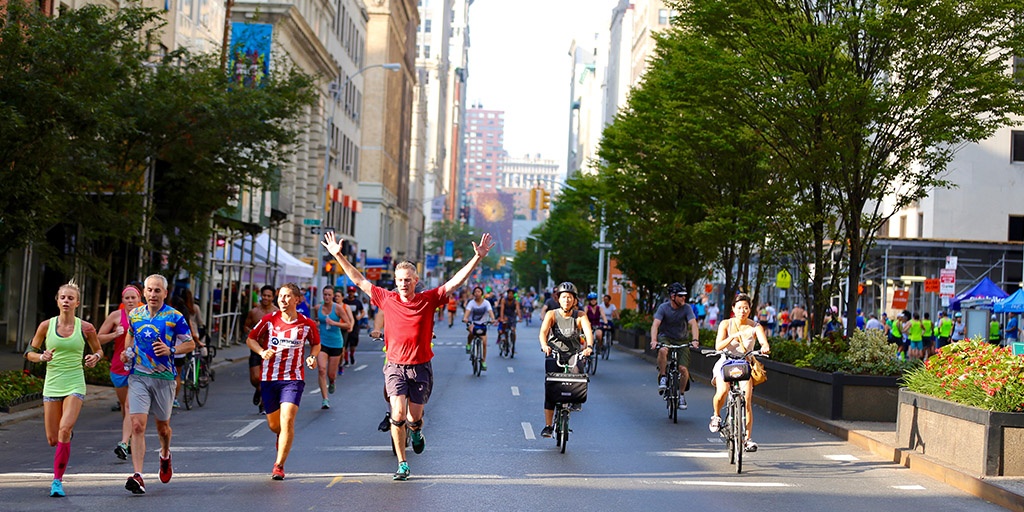 The Department of Transportation (DOT) 11th year of Summer Streets, which turns nearly seven miles of Park Avenue – from Lower Manhattan to the Upper East Side – into a car-free walkway featuring various outdoor activities including street festivals, live music, food stands, and more – will return for three consecutive Saturdays: August 4th, 11th, and 18th, from 7 a.m. to 1 p.m. Check out the free activities that will be taking place here.

Of course, shutting down one of the city’s biggest thoroughfares to cars does mean that there’ll be street closures and traffic changes aplenty. And it won’t just affect people driving in the city; it also means that buses will be re-routed, parking will be restricted, and traffic to and from the Brooklyn Bridge will be diverted.

*Some contractors will have existing permits that allow for work during this period, albeit they must follow a specific stipulation request to fully restore the roadway and/or sidewalk for each Saturday during Summer Streets (see Stipulation below).

With that being said, contractors can apply for a waiver, which would allow for a contractor to continue or start work during this embargo, subject to the DOTs approval. 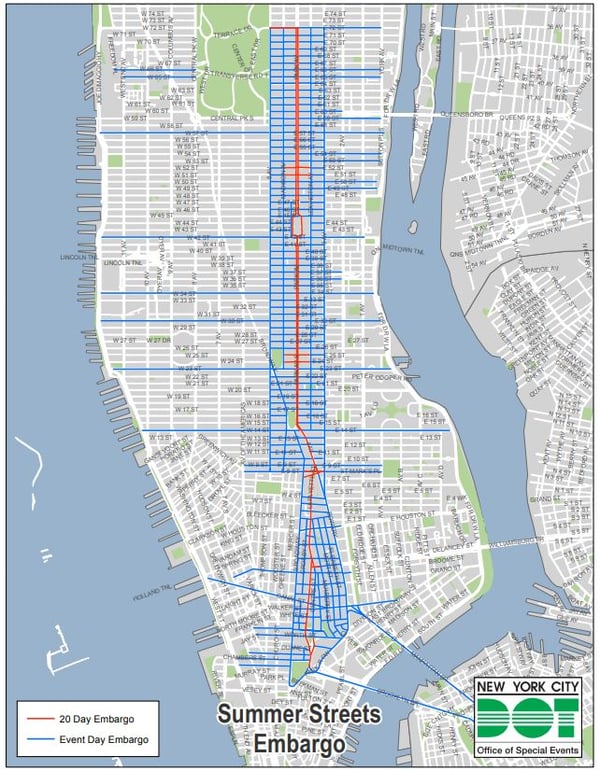 Streets affected continuously are marked on the below map in red, and day embargos (Saturdays from 12:01 am to 6:00 pm) are marked in blue. Image Credit: NYC DOT

If you would like assistance with a project impacted by Summer Streets or have other questions related to working in compliance with the DOT, please contact Milrose Consultants at DOT@milrose.com. 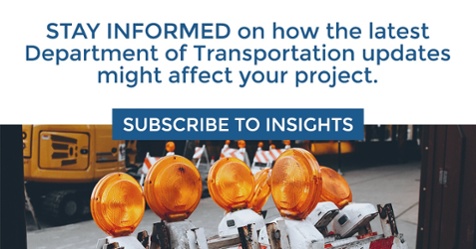 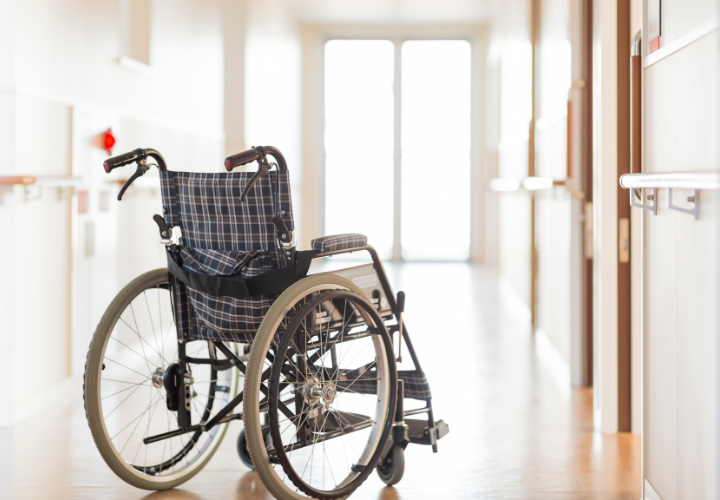