How to navigate the waters of NYC's new coastal zoning changes

A substantial portion of New York City faces the coast, meaning many of its more than 8 million inhabitants are exposed to flood risk. Hurricane Sandy brought this nasty potential to life, causing billions of dollars in damage as it swept through vast sections of vulnerable communities. To help better protect the buildings and people living near New York’s coastline, city planners rolled out the Zoning for Coastal Flood Resiliency (ZCFR) program, a series of guidelines intended to expand zoning regulations for flooding and ultimately make the city more flood-resistant.

On May 12, 2021, the City Council voted to adopt the new zoning rules. Continue reading to get the latest details on ZCFR and to learn how it will impact construction on the city’s floodplain.

New York City contains 520 miles of shoreline, making it especially exposed to the risks of flooding. Around 15% of its total landmass is part of the city’s floodplain, touching 50 out of 59 community boards. This is a substantial figure that requires extensive planning to prevent and mitigate disaster.

This was a step in the right direction, but it didn’t quite go far enough. In 2012, Hurricane Sandy ravaged the east coast and brought untold damage to the city. The storm resulted in the deaths of 44 New Yorkers and caused an estimated $19 billion in damage across New York City. On top of that, more than 69,000 homes were destroyed in the carnage. The storm caused flooding well beyond the city’s floodplain, forcing city planners to re-evaluate how they could better prepare residents for floods. This was the immediate impetus behind ZCFR. 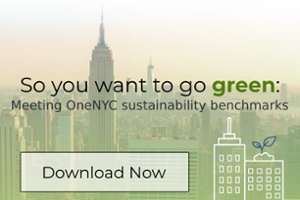 A part of the City’s OneNYC plan, the current ZCFR proposal updates many of the emergency zoning changes temporarily adopted after Hurricane Sandy and makes them permanent.

ZCFR is broken down into four overarching goals, each with its own set of zoning objectives. These goals are as follows:

Goal #1: Encourage resiliency throughout the current and future floodplains

The lasting implication of Hurricane Sandy is that a much greater portion of the city is exposed to flooding than previously thought. There are currently no zoning regulations for flooding beyond the area with a 1% annual chance of flooding.

ZCFR would expand the current 1% threshold to a much greater portion of the city, allowing building owners to take more proactive steps to protect property from flood damage. ZCFR zoning regulations would apply to buildings in areas with an annual chance of flooding as low as 0.2%, which city planners believe covers much of the area that will be exposed to climate change-related flooding.

These changes would also apply to zoning lots, allowing builders to take steps before construction starts to comply with flood-resilience standards.

ZCFR also goes beyond urban planning and targets the resiliency of buildings themselves, outlining plans to equip all buildings with long-term design plans that make them better able to withstand flooding.

Zoning changes within these provisions include optional regulations that would allow buildings to be constructed above potential flood levels, minimizing exposure. This would also include a new set of guidelines to help building owners better plan for anticipated flood threats from climate change.

Streetscapes: Streetscaping will be required to mitigate the visual impact of solid streetwalls built for floodproofing.

Special Conditions: Additional flexibility will be provided to homes that meet special conditions (common in older neighborhoods) that will allow the buildings to become more resilient.

Goal #3: Allow for adaptation over time through incremental retrofits

Achieving flood-resiliency can be a long, cumbersome, and expensive process that not every building will be immediately equipped to undertake. ZCFR provides accommodations for those cases, outlining a series of standards that would allow buildings to develop resilience incrementally over time.

Building owners can place mechanical equipment above anticipated flood levels and out of harm’s way, an important step that would protect the vital systems of the building without having to drastically redesign its floor plan. ZCFR would also extend the use of second-floor space to businesses in commercial districts to protect precious retail from damage in cellars and ground floors.

ZCFR provides guidelines to allow waterfront builders to protect property from both current and anticipated flood levels. This includes the building of two-level esplanades to facilitate public access both below and above flood levels.

One of the salient lessons learned from the Hurricane Sandy disaster was that a much larger portion of the city is susceptible to flood damage than just the floodplain. Additionally, sea level rise is expected to put an additional 228,000 people in the city at risk by 2050. To help plan for the future, ZCFR will include modifications to assist future disaster recovery by addressing mechanical equipment, vulnerable populations and post-disaster zoning regulations.

ZCFR would reduce regulations to make it easier to provide emergency power in the event of power system disruptions. This includes making generators, fuel cells, batteries and other power systems permitted obstructions in open areas (subject to certain limitations, including being placed at least five feet from property lines).

In order to help address New York’s worsening handicap accessibility problem and to improve accessibility during times of emergency, ZCFR would classify ramps and lifts as permitted obstructions in all required open areas across the city. As part of the effort to protect vulnerable populations, ZCFR would limit the number of people in nursing homes in high-risk flood areas.

Board the Milrose boat to keep your project safely afloat

Navigating the tricky waters of NYC’s new waterfront zoning regulations will be a challenge, that is why you need an experienced captain to guide your project to success. Milrose’s team of code and zoning analysts have extensive experience working on many large and complex waterfront projects and are equipped to help you avoid obstacles and arrive safely at your project's target date. Contact us today to ensure smooth sailing ahead for your project.