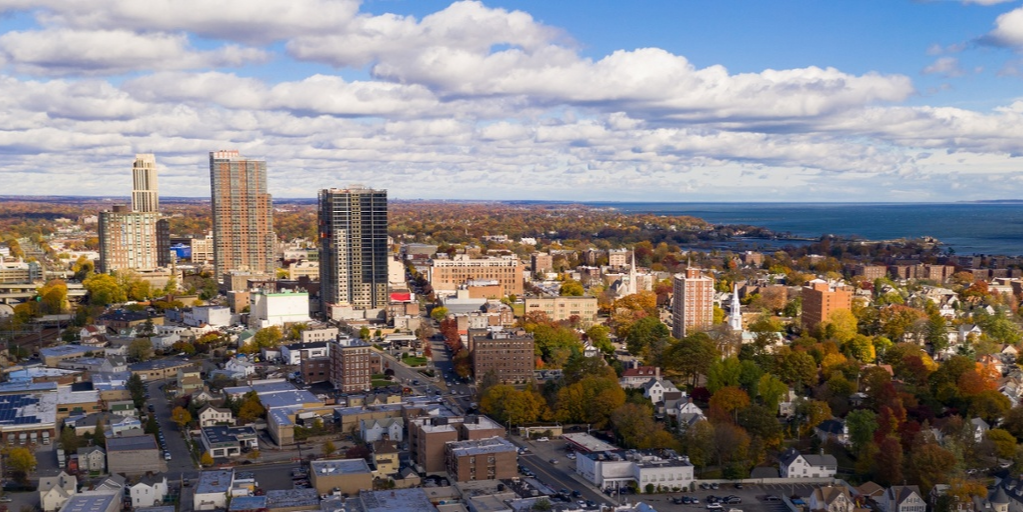 How a rezoning is revitalizing downtown New Rochelle

New Rochelle, New York, is catalyzing urban revitalization through zoning innovation. The city, which is located 25 miles northeast of Manhattan, has rezoned approximately 300 acres of its downtown core with the intention to cultivate an expansive mixed-use environment that contains 12 million square feet of new development.

Here at Milrose Consultants, we are always excited to see strong examples of code and zoning advancement. The City of New Rochelle's approach, which earned an award from the New York Metro Chapter of the American Planning Association in 2017, is a model example for cities looking to scale their growth nationwide. But what exactly did the Westchester County municipality do to spark change downtown?

Embracing the overlay zone strategy
Back in early 2015 the New Rochelle City Council collaborated with the development firm RXR Realty to devise and implement an overlay zoning strategy, which involves leveraging land based on structural placement and design rather than predetermined usage standards. The resulting plan established the Downtown Overlay Zone containing six special districts, each featuring specific form-based building and zoning codes meant to preserve key neighborhood character traits and promote revitalization. Together, the zones would facilitate the creation of a highrise-laden financial district that tapers in all directions toward residential areas. Transportation access points and aesthetically pleasing and functional landscaping would appear throughout, per Multihousing News. In all, the forward-thinking strategy would allow developers to put up buildings in the New Rochelle downtown core that formerly were not permitted, giving way to greater structural and economic diversity.

The City Council and RXR Realty promoted the plan locally via community events, touting some of the projected additions — the city intended to install 2.4 million square feet of new office space; 1 million square feet of retail; 1,200 new hotel rooms; and 6,370 housing units — along with initiatives meant to ensure citizens remained in the driver's seat, even as developers rolled into town. These programs included the Fair Share Mitigation Fund, which would require development firms building within the Downtown Overlay Zone to cover any "public costs" that materialized as a consequence of growth. Of course, the two parties also courted developers, pitching the opportunity to work in a streamlined regulatory environment that would make it easier to control costs.

The City Council passed the rezoning measure in December 2015.

Laying the groundwork for change
An estimated 15 new commercial and residential projects had been approved for construction as of December 2018, Next City reported. One of these projects is a cluster of condos built by William Alicea, according to Westchester Magazine. The four-bedroom, three-bathroom units sit on Maple Avenue, just southwest of the downtown core. Just a few blocks north, another new structure is emerging: The Huguenot. This six-story mixed-use space will hold 60 apartments, as well as ground-floor retail areas, the New York Real Estate Journal reported. Other projects unfolding in the Downtown Overlay Zone include multiple high-rise hotels and luxury housing development, which will take up residence next to a Boys and Girls Club on Guion Place.

The city continues to search for possible projects and has been keeping locals informed every step of the way. In fact, New Rochelle officials even rolled out an initiative designed to give residents a say in the planning process. The program, called the Crowdsourced Placemaking Program, has already led to some big changes — namely, the addition of a performing arts space. A 10,000-square-foot theater is now set to open on Main Street this year, thanks to the many informed citizens who used the CPP to call for the structure.

New Rochelle Mayor Noam Bramson and his colleagues on the City Council believe the Downtown Overlay Zone will bring the best out of the municipality's core, catalyzing economic opportunity and improving the quality of life for all residents.

"This innovative development framework positions our city for success, especially combined with New Rochelle's core assets — unrivaled location and transit connections, a talented and diverse population, and great schools, libraries and neighborhoods," Bramson explained after the City Council passed the rezoning measure in 2015. "There is no community in New York that offers a better opportunity today or a bigger upside tomorrow."

Milrose is among the organizations who have been able to take part in the City of New Rochelle's revitalization process. Alfonso Cava, regional director of sales, has been leading the firm's efforts to partner with developers and investors looking to breathe new life into the city through projects that take advantage of its innovative new zoning code.

Connect with Milrose today to learn more about our work in New Rochelle and other regions within the tri-state area.