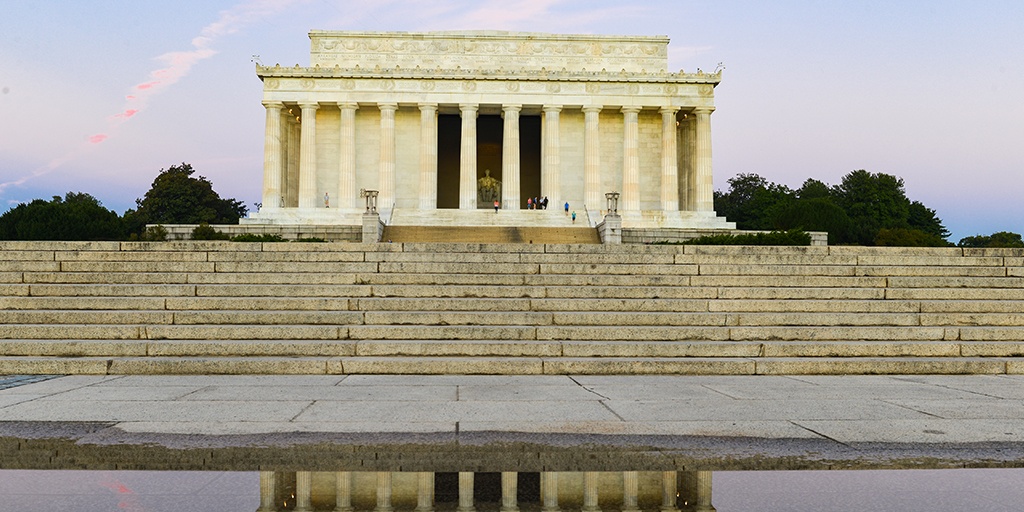 Here on the Milrose Insights blog, we talk a lot about fixing up historic structures and giving them new life, but it’s rare that we get to discuss adaptive reuse projects on time-honored landmarks that are visited by millions of people each year.

When we heard that the Lincoln Memorial was considering an adaptive reuse project, we wanted to learn more – and we were surprised to discover that this isn’t the first reuse project the memorial has been involved in. The first project began over 100 years ago, in 1902, and was almost stopped by an 11-year-long, highly contentious debate.

Find out about the fascinating history of the Lincoln Memorial that almost wasn’t; its surprising, long-buried secret; and the new plans for the structure, all in this article.

The Lincoln Memorial: The Structure That Almost Wasn’t

After Abraham Lincoln’s assassination in 1865, politicians immediately began discussing the proper way to memorialize his influential presidency. There were a number of recommendations, including an elaborate, 70-foot statue that featured a 12-foot Abe atop a parade of massive horses and people. That idea, thankfully, was deemed too expensive.

None of the ideas found traction until Lincoln’s Republican party controlled the White House and Congress in 1896, at which point the project became a priority.

By March 1902, a Greek temple design had been conceived and was supported by the Secretary of State, the Secretary of War, and President Theodore Roosevelt. Confident that the memorial was as good as approved, the Senate Park Commission planted a stake in the ground on the proposed National Mall land to mark the spot where the memorial would be.

And that’s when the problems began.

At the time, the Mall was undeveloped swampland. Though the Army Corps of Engineers had recently filled in the marshy area with mud scraped from the bottom of the Potomac River to support an adaptive reuse park project, the foul-smelling area was still infamous for its malarial mosquitos, illegal gambling rings, and the occasional dead body it hid.

In fact, the area was so ugly that Illinois congressman Joe Cannon declared he would never approve a monument to Abraham Lincoln if it was to be placed in that “goddamned swamp.”

Actually, Cannon’s issue with the Mall wasn’t solely based on aesthetics. He also disliked the plan for the Lincoln Memorial because it would cost more than any monument ever had before ($2 million) and because the plan for the Mall wasn’t practical enough. As a man who was proud that he’d never “waste a cent” on scenery—and who had argued that new office space for Congress should be housed in skyscrapers on top of both ends of the U.S. Capitol (ouch!)—he decided that the Mall should contain a vegetable garden for the poor instead of wide open parkland.

Though Cannon was a powerful man in Congress, he couldn’t stop the memorial plan on his own. However, when he was elected House speaker in 1903 he began to seriously undermine the Lincoln Memorial project.

First, Cannon bullied the Agricultural Secretary into disregarding the President’s orders about the placement of the new Agriculture Building. It was to be situated just off the Mall, but the Agricultural Secretary began construction directly on the Mall. President Theodore Roosevelt ordered him to relocate the site after construction had begun. Next, Cannon delayed the project by clogging Congress with various other proposals to memorialize Lincoln. His suggestions included a highway for the newly developing motorcar technology, as well as a statue in front of Union Station.

By 1909, Cannon’s bullying ways sparked mutiny in the House and he was ousted from his position as Speaker. With Cannon out of the picture, Republicans were able to work with Senator Shelby Cullom to pass a bill that made the Lincoln Memorial project into law. The bill was deeply important to Senator Cullom because he was a family friend of Lincoln’s who had personally warned the president of imminent danger. Sadly, Cullom accompanied Lincoln’s body back to Illinois for burial only three weeks after his warning.

But that wasn’t the end of the debate. Cannon, though no longer the sole power of the House, was still a powerful man in Washington. He again tried to derail the placement of the Lincoln Monument by hiring an architect to create designs for other sites and further muddied the issue by insinuating that a Greek temple design was un-American.

At the final debate in December 1912, cost projections won the day. The Greek temple on the Mall was deemed to be the most appropriate, affordable solution. The plan conceived nearly 12 years before had finally been approved.

In 1915, when construction was well underway, Cannon admitted that he liked the Lincoln Memorial and was glad he’d lost the fight. We are too.

The Lincoln Undercroft: A Long-Buried Secret

When Cannon viewed the construction site in 1915, he would have seen the dual-layer, 90-foot-high foundation sunk deep into the swamp to support the hefty marble memorial, but by January 1920 the area was sealed in by Lincoln’s statue and forgotten.

When the 43,800 ft2 area was rediscovered by a construction crew in 1975, explorers were surprised to find a fully functioning, stalactite-filled cavern that had developed its own ecosystem of insects and rodents living among the dark, narrow, rubble-filled hallways underneath the memorial.

Most surprising were the charcoal graffiti drawings, perfectly preserved, that had apparently been drawn by the original construction crew between 1914 and 1915.

Precisely capturing a moment in time, the graffiti provides a snapshot of the interests and surroundings of the workers at the time. Images depict a 1920s flapper, a portly gentleman with a pipe, a newsboy with a cap and bowtie, a dog wagging its tail, and even a few decorated hand outlines signed “Joe and Mike”. You can see them all in this video.

The National Park Service conducted flashlight tours of the underground space until 1989 when a tourist identified asbestos down there. Over the years, the secret cavern has been named and passed over for multiple adaptive reuse projects, including a 1992 plan to turn the undercroft into a museum that would house Lincoln’s papers and memorabilia.

It seemed that perhaps the space would remain hidden to the public forever, but in June 2017, the National Park Service announced that they would rehab the undercroft and open it to the public as a museum that would include viewings of the graffiti.

They currently plan to open the space in time for the Lincoln Memorial’s centennial in 2022.

As we progress into the future, it’s becoming ever more important to preserve and honor our past. One of the best ways to do this is to find a new use for the old landscapes and structures all around us.

But effective, useful renewal takes creative thinking and a deep knowledge of the challenges and opportunities that can be found in adaptive reuse. Architects, builders, preservationists, and city planners must all work together to bring new life to the history that surrounds us.

After all, you never know what you’ll find when you start digging into history.

Subscribe to the Milrose Insights blog to get thoughtful architecture articles sent directly to your inbox.