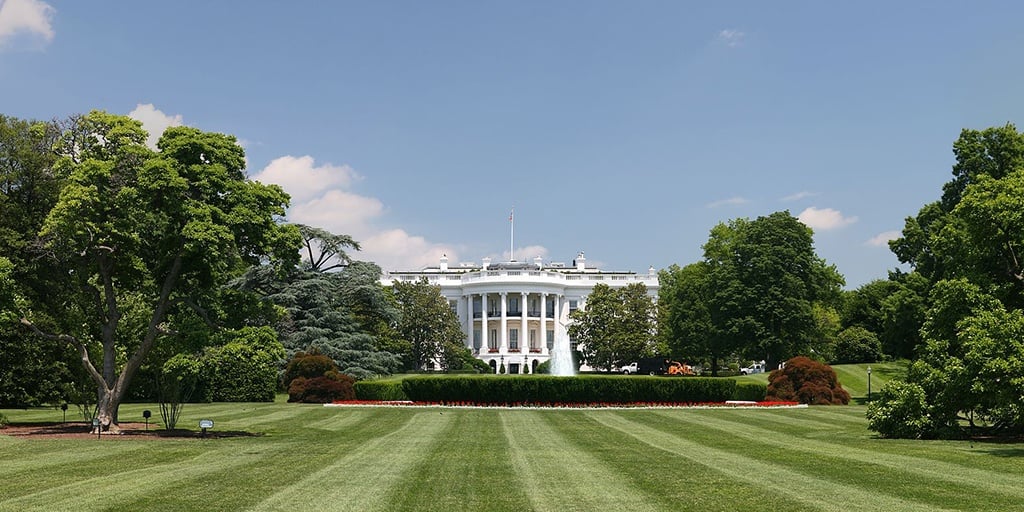 A History of White House Renovations

At the start of each new presidency in the White House, the iconic building is updated with new décor and under the hood fixes, such as wiring and plumbing. In fact, there have been numerous renovations of the building, originally designed by architect James Hoban, beginning very shortly after its inaugural year in 1800.

White House Renovations over the Years

Barely 14 years after the national landmark’s construction, the presidential mansion was gutted by fire when British troops set the structure ablaze in the War of 1812. Oddly, the White House was rebuilt using the charred timbers remaining after the inferno… and so began the long history of White House remodels and reconstructions.

Some of the updates were necessary to keep up with the time. For example, since the original White House didn’t have running water, indoor plumbing, or electricity, all those items had to be added. Throughout the years, gas pipes for lighting and various HVAC systems were also included in order to modernize the building and maintain its presence as an appropriate residence for the head of state. These updates were often incorporated by cutting straight through load-bearing walls and beams, which weakened the structure.

Other updates were not as necessary, but rather illustrate the individual tastes of each administration. One such example was the 1881 remodel by President Chester Arthur, who commissioned a massive stained-glass screen by Louis Comfort Tiffany, as well as gilded Victorian tracery throughout the building. By 1902, President Arthur’s Victorian stylings were all torn down in favor of a classical-style remodel commissioned by President Theodore Roosevelt. That remodel also introduced the West Wing, demolished a load-bearing wall, and hung the State Dining Room’s walls and ceiling from the third floor.

First Families have suggested even more changes, such as the plan approved by President Andrew Johnson to entirely relocate the White House away from the stench of the slow-moving Washington City Canal (Congress denied funding). However, most renovations were relatively minor updates that brought in modern technologies, addressed cramped conditions, or beautified and personalized the space.

One restoration was massive though. It was known as the Truman Reconstruction.

By the time Harry S. Truman, his wife Bess, and their daughter Margaret moved into the White House, it was suffering from nearly a century-and-a-half of hasty renovations and additions, plus neglect. The prior 12 years of war and the Great Depression had put a strain on the aging edifice.

During Truman’s first term, the president reported that he heard “ghosts” in the Second Floor residence as the structure creaked and cracked, and he commented that walkways in the building “sagged and moved like a ship at sea.” Chandeliers precariously swayed and stretched above guests and, on one memorable occasion, Truman worried that his bathtub would fall through the floor into a formal tea gathering for the Daughters of the American Revolution – with him wearing “nothing more than his reading glasses.”

It was clear that the White House couldn’t last much longer in its present condition, but it wasn’t until after a leg of Margaret Truman’s piano crashed through the floor that a formal investigation finally began.

Engineers were horrified at the condition of the White House.

In a report released the same day that a one-day inspection was completed by the American Institute of Architects and the American Society of Civil Engineers, the White House was deemed unsafe and “in imminent danger of collapse.”

After the elections that year (a re-election for Truman), Truman and Bess were moved across the street to Blair House while work on the White House began. During the lengthy reconstruction, the Trumans were relocated into the West Wing, with a privacy screen set up to shield them from the constant commotion in the rest of the building.

And they meant everything. Images of the reconstruction feature earth movers inside the eerily empty structure. The construction equipment is dwarfed by the cavernous space surrounding it.

The project included hand-digging two sub-basements, replacing the foundation with poured concrete, removing historical paneling and fixtures, and then re-grafting fixtures back on to a new concrete and steel interior structure that had enough strength to support a skyscraper.

Money was a problem because scope requirements kept increasing, but also because the Korean War began partway through the project, which drove up material costs and limited labor availability. The contractor for the job, John McShain, bid the project at only $100,000 fixed-fee-cost-plus, and likely regretted his choice after ending up losing over $200,000 on the project.

Furnishings and interior decorations were also a problem. Though the government turned a tidy $10,000+ profit on sales of “souvenirs,” including salvaged nails, wood, and other scraps (some kits sold for as little as 25 cents), the reconstruction project cost so much that Congress was forced to continually approve further spending. By the time construction was nearing an end, the project had overrun its budget significantly and Truman made a deal with New York department store, B. Altman & Company, to supply reproductions of antiques at cost. B. Altman & Company also stored important White House furnishings and fixtures in climate-controlled warehouses during the course of the reconstruction.

Unfortunately, the reproductions were a disappointment and there weren’t very many of them – leaving Jacqueline Kennedy “distraught” when she toured the White House after her husband’s election in 1960. Truman wasn’t overjoyed either. Though he publicly praised the work, he stated privately in his diary that for $5.5 million, he could have done better. “If I could have had charge of the construction,” he wrote, “it would have been done for half the money and in half the time!”

Nonetheless, Truman was pleased that the work had been done in a building meant to accommodate thousands of guests. “My heart trembles when I think of the disasters we might have had,” he commented in his diary.

Since then, other First Families have added more decorations and most modern visitors believe it’s a fully historic home, instead of, essentially, a modern reproduction of itself.

The Fantasy of Renovation and Its Lasting Legacy

Still, some evidence remains to show that the White House is a reconstruction. One example is a bathroom attached to the second-floor Treaty Room, which features exposed plumbing and a green-and-white checkerboard tile floor, reminiscent of 1950s hotel accommodations. Without an unlimited budget, these vestiges of the White House’s reconstruction project will remain – as such reminders always do in any remodel or reuse project.

However, over time, these small inconsistencies will be fully interwoven with the rich historical fabric of our nation’s beautiful presidential residence. In the future, we can be sure that we’ll see even more exciting updates to the iconic White House as it moves further into the 21st century.

Yet, all of this history started with the grand ideas of a single architect, James Hoban. How will your masterpieces be honored and remembered 200 years from now?

Get more thought-provoking articles, fascinating architectural stories, and important updates when you subscribe to the Milrose Insights blog.